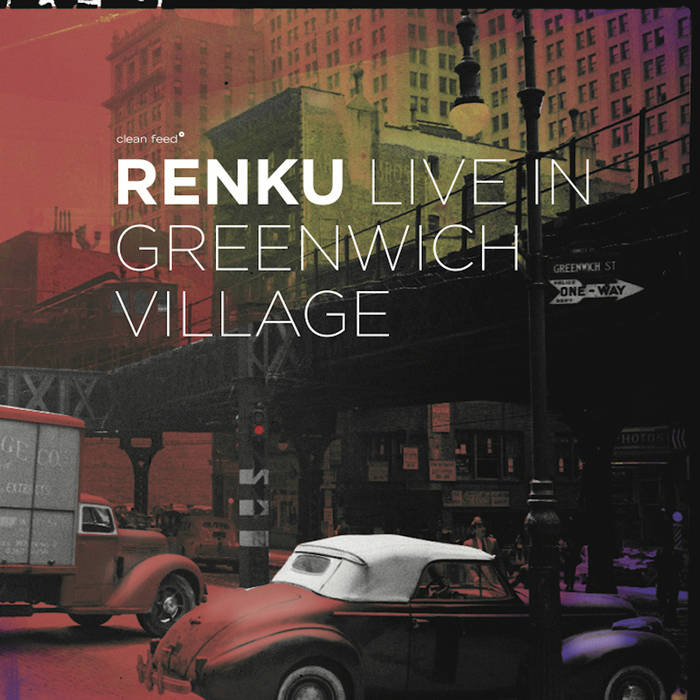 New York City’s Greenwich Village has been where the heart of jazz beats, virtually every night of every year going back to the mid-20th century and before. It still goes on here like few other places, with a cluster of hallowed clubs and upstart dens hosting every variety of the music, from vintage swinging to avant-garde seeking.

As a modest contribution to this living tradition, I founded the Sound It Out concert series in 2012, putting on progressive jazz gigs in the intimate and acoustically lovely hall of Greenwich House Music School. Established in 1905, the school has provided a working home for the likes of Henry Cowell and Meredith Monk. Composers Edgard Varèse and Earle Brown, collaborating with saxophonist-producer Teo Macero, hosted an improvisation session at the hall in 1957 with a group that included Art Farmer and Charles Mingus (who frequented the famed Café Bohemia just east on the same West Village street). In the ’90s, the Jazz Composers Collective produced its own concerts at Greenwich House, showcasing new arrangements of still underappreciated music by Herbie Nichols. Many great performances have resounded on the wood of this welcoming hall. Those captured on Renku’s Live in Greenwich Village brim with questing vibrancy and openhearted, tough-minded beauty, virtues firmly in the cultural continuum of this Manhattan neighborhood.

Renku – the kindred-spirit trio of saxophonist Michaël Attias, bassist John Hébert and drummer Satoshi Takeishi – was named after a collaborative, improvised form of Japanese poetry that balances freedom and rigor. The trio makes music like its name: searching and empathetic, thoroughly in the moment, resonant with meaning. Renku played a two-night stand for Sound It Out @ Greenwich House in early 2014 to launch the start of the band’s second decade together, recording the shows for their third album (after 2005’s Renku and 2009’s Renku in Coimbra). Simultaneously looking back and pointing ahead, the resultant Live in Greenwich Village features new pieces by each member, fresh takes on vintage numbers and an absorbing interpretation of Paul Motian’s “The Sunflower,” an homage to the late drummer-composer who was a key inspiration for all three players. A serpentine feel is set from the start by Attias’s “Tapstone,” the album coursing with melodies fit to charm snakes; the trio’s performances flow with kinetic energy, the vibe sensual like a New York night.

For Renku, harmony lies in the personalities, with each voice equal in the interaction. Takeishi is an improviser of depth, his organic time feel and sense of drama taking the music into unexpected areas of intensity. Along with his own irresistible rhythmic bounce, Hébert – who played for years alongside Andrew Hill – possesses one of today’s most alluring sounds on double-bass. His three-minute soliloquy on Takeishi’s brooding “Soledad” serves as an intro to Attias’s “Lions of Cayuga,” the latter’s ricochet of melody characteristic of its composer. Throughout Live in Greenwich Village, Attias taps into the sound of surprise, engaging with the rhythm duo in his most lyrical voice; such noirish highlights as Hébert’s “ ’70s & ’80s Remix” see the saxophonist’s lines swoop and sing, keen and cry. Attias draws on alto influences from Lee Konitz to Jimmy Lyons, with even his squalls in Hébert’s “Lurch” tuneful. The band reprises signature Attias pieces “Dark Net” and “Renku” from its debut album, time having only deepened their rich asymmetries. A shadowy new Attias composition closes the album: “Goodbye Rumination,” a tribute to the departed shade of one-of-a-kind pianist Masabumi Kikuchi.

Reflecting on Renku’s evolution, Attias says: “Playing in this trio has taught me how to truly listen, how to let music find its own shape with every performance. The line between composition and improvisation blurs, and music like this thrives on trust and shared vocabularies. John, Satoshi and I are like brothers in that way. In Renku, empathy breeds telepathy.”

Thanks to Bradley Bambarger and to Amandine Pras for their input, enthusiasm and dedication to this project. Thanks to Pedro Costa for having believed in Renku throughout its first decade and for helping us usher in the next. Thanks to Louisa Proske for more than words here can say. Special thanks to Jean and Aimée Attias, Sabine Brocher, and Thomas Proske...

In memory of Gilles Laheurte (who was present at these concerts) and of Poo-san. Love and peace to them in the hereafter ...