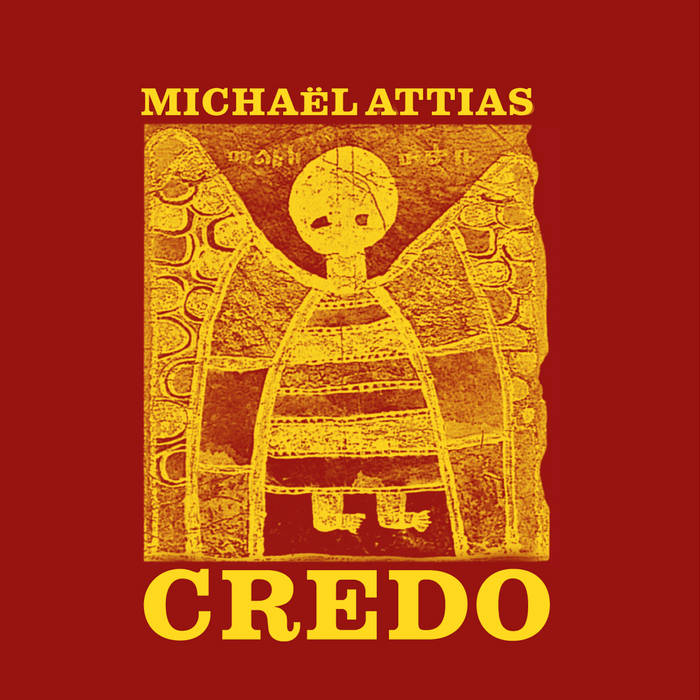 Avignon, Summer of ’95, rooftop of an old farmhouse. Lain across the stone in the afternoon sun is some sheet music I picked up off a pew in the deserted Cathedral of Notre-Dame des Doms where I’d gone that Sunday morning hoping to hear a Frescobaldi mass sung and, instead, found this piece of paper with a Credo section on it in rudimentary sing-along notation. I brought it back across the Rhone and spent the rest of the afternoon refurbishing its rhythmic contours on my alto. The sun shines on the stone, the song resounds in the ruins of the Marquis de Sade’s castle a hundred miles away. "Deo de Deum, Lumen de lumine." Get the Latin text and sing along!
One year later, I stay up all night in Igal Foni’s kitchen in Tel Aviv writing a first version of the Credo arrangement you hear on this disc. He and clarinetist Harold Rubin have put together a group for a tour across Israel. It’s the first time I play music in the country where I was born. Everywhere I go in the world, including those places where I have citizenship (3) people ask me "where are you from?" Only the sand, the sea, the air, the scent of jasmine leaves in the street recognize me as theirs. Chris Lightcap and I have just arrived from NYC. He’s already a heavy musician. Reut’s new to all of us. At 18 years of age, she blows us all away with the maturity of her conception. Igal I’d known since Paris 1992. He’s my elder Leo brother and the first drummer I ever wrote for, a close friend, and one of the most talented musicians I know. That summer, the Credo got played from Mount Carmel to the Red Sea …
Later that year, Igal’s moved to NY. He, Chris, and I form a collaborative trio named Neptune 66. Craziness, gigs, exhilarations and doubts, much writing and rehearsing, I miss those days. The following year, Reut moves to NY and joins the band, and the year after that, I add Mark Taylor and Sam Bardfeld to the mix. We record this album a few months later in April ’99, with all three configurations: trio, quartet, sextet.
The last tune on the album is another piece of liturgy. Berechit is the first word of the Old Testament, means "in the beginning", and began the Torah portion I sang for my Bar Mitzva as a boy in Minneapolis, using Ashkenazi neumes (melismas) though I much preferred the Sephardic melodies my father sang, which he’d learned as a child in Marrakesh. Triple-exile...Years later the neumes have been thoroughly Moroccanized. Igal sounds like five Gnawa drummers at once playing on the Djma-El-Fna, Chris has turned his bass into a guimbri, Reut and I are cantors in snake-charmer drag: "BERECHIT BARAH ELOHIM ET HA SHAMAYIM VEH ET HA’ARETZ". Get the Hebrew text and sing along!
So strange and beautiful to revisit those times and these sounds. This was an album of friendship and youth. It’s full of flaws and inspirations that at this point seem to belong to someone else but somehow related to me, a cousin? a lost brother?
I am deeply grateful to all the players documented here. Ten years after that Sunday in Avignon, six years after it was recorded, Credo is finally seeing the light of day. I sincerely hope you enjoy it…

Recorded/mixed at Good & Evil in Brooklyn, NY by Chris Kelly and Danny Blume in April-June 1999.
Mastered by: Luis Delgado